On July 16, the Rochester Dam Regional Water Commission (RDRWC) celebrated the renovation project of the Rochester Dam, a vital water supply to the region. The repairs are slated for completion in November. With the dam preservation, the pool levels will be stabilized ensuring 50,000 residents in Ohio, Butler and Muhlenberg Counties with continued safe drinking water.

“The Rochester Dam constructed in the 1830s, served our region for nearly two centuries. The project became a priority to secure necessary funding to repair and stabilize the dam. We are currently in the second phase of the project with continued repairs and final steps to secure an old mill. The last phase involves adding a barrier to the protect the dam and stabilizing original water levels,” explained John Dix, Secretary for RDRWC and General Manager of Butler County Water System, Inc. “The stability of this dam is crucial for our water supply along with supporting thousands of jobs in the region.”

“In the beginning, the Rochester Dam appeared to be an unsolvable problem, but local leaders took responsibility to make this project a priority. With their leadership and drive to keep the renovation on our radar at the state level, Senator McConnell and I were able to secure funding. This is an excellent example of work being done within the House and Senate for rural America that will impact the water supply to 50,000 residents in the region,” said Brett Guthrie, U.S. Congressman. 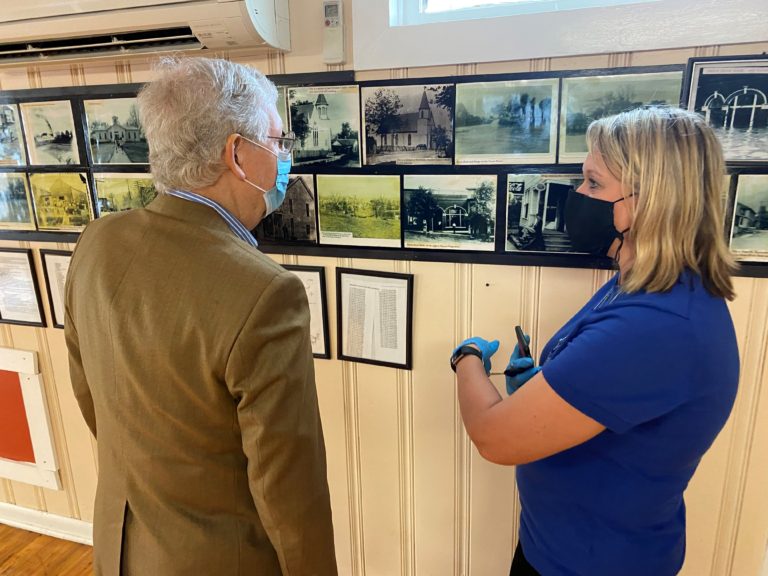 On October 1, 2015, the RDRWC entered a twenty-five year management lease with the US Army Corps of Engineers (USACE) to preserve the Rochester Dam, enabling RDRWC to protect and preserve the pool level. USACE provided guidance and studies over the years resulting in approved funding from strong partnerships among citizens and government officials.

Through multiple legislative measures utilizing his role as Senate Majority Leader and as a senior member of the Senate Appropriations Committee, Senator McConnell helped mobilize federal resources to protect this vital water source. Senate Majority Leader Mitch McConnell said, “What I enjoy most about my job is projects like this that will meet the needs of Kentucky. I commend local leadership for your dedication and vision forming strategic partnerships to make this project come to fruition. Compliments to Congressman Guthrie on helping to move this along in the House of Representatives. Congratulations to everyone involved with this project including the residents who will have a secure water supply.” 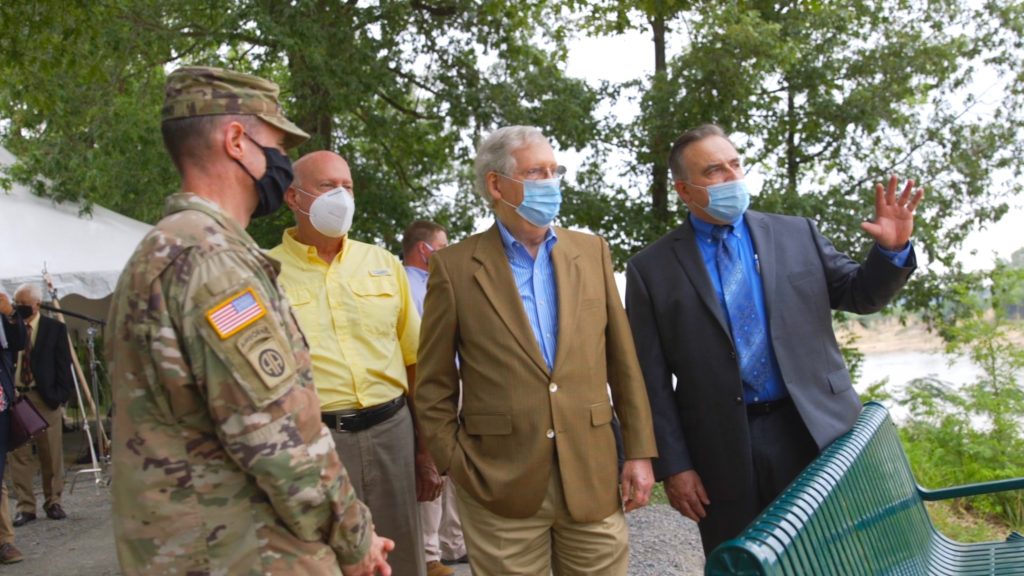 “Thanks to the support and leadership from our state and local elected officials, we have forged new partnerships necessary to stabilize and repair the Rochester Dam. We appreciate the continued commitment of Senate Majority Leader Mitch McConnell and U.S. Congressman Brett Guthrie along with our state representatives for their support to protect our water source for the region,” said Weymouth Martin, Chairman of the RDRWC. “The $4 million project would not be possible without the allocation of a $3 million grant from the U.S. Department of Commerce’s Economic Development Administration. The remainder of the project costs will be covered by a $1 million loan through Kentucky Rural Water Finance Corporation.

The Rochester Dam Regional Water Commission was formed in 2013 through a collaboration of county and utility leaders serving Ohio, Butler, and Muhlenberg Counties. The mission of the RDRWC is to provide an adequate and dependable supply of water for the region which derives its water supply from Pool 3 of the Green River.

Is Your Company a Member?

If you are an employee of a KRWA member company, we invite you to set up an online account to:

The members of KRWA invite and encourage you to join! By working together, we can achieve our mission to maintain and enhance our industry as a whole.

All membership applications for KRWA must be approved by the Board of Directors.